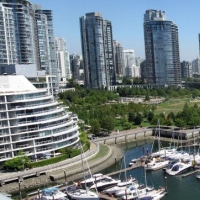 Under legislation introduced July 25th, foreign nationals and corporations will have to pay a 15 per cent property transfer tax when buying residential properties in Metro Vancouver. The tax will come into effect on August 2nd, and according to BC Finance Minister Michael de Jong, is aimed at managing foreign demand.

“The data we started collecting earlier this summer is showing that foreign nationals invested more than $1 billion into B.C. property between June 10 and July 14, more than 86 per cent of it in the Lower Mainland,” says de Jong in a press release. He adds that while foreign investment is just one factor driving high housing prices in the province, it is a source of pressure in a market where supply cannot keep up with demand.

Foreign nationals are defined as people who are not Canadian citizens or permanent residents, while foreign corporations are businesses that are either not registered in Canada or are controlled by foreigners. In addition to the new tax, those parties will have to pay the taxes currently in place for BC residents — at the moment, residential property buyers are taxed 1 per cent on the first $200,000 of their purchase and 2 per cent on the remainder up to $2 million. Anything above $2 million is taxed 3 per cent.

The July 25th legislation will also allow Vancouver to amend its charter to implement and administer a tax on vacant homes, an idea introduced by Mayor Gregor Robertson last month. Other initiatives include the creation of a fund for provincial housing and rental programs, and amendments to the Real Estate Services Act. Notably, changes to the act will end self-regulation in the BC real estate industry, a change recently recommended by the Real Estate Council of BC. An independent regulator will be appointed instead.

Thus far, many have hailed the move as unexpected but welcome. As BMO Chief Economist Douglas Porter puts it in a note, given that Lower Mainland benchmark detached home prices were up 39 per cent year-over-year in June, “business as usual is not going to cut it.” He sees revenues from the tax potentially being “well into the hundreds of millions.”

Others, including Dan Morrison of the Real Estate Board of Greater Vancouver, are more wary of the move. Morrison told Global News that he’s concerned about the unintended consequences of the tax, and raised the question of how it will affect people who have signed contracts that have not yet closed. Meanwhile, a number of UBC professors see foreign nationals potentially circumventing the tax.

For its part, the BC government has indicated that it will continue to put measures in place to ensure that homeownership remains possible for middle-class residents throughout the province.