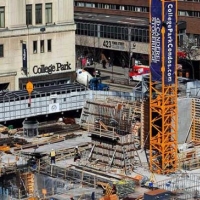 Is The Foreign Buyers Tax Coming to Toronto?

Groups warn that the tax could cause house prices to soar in regions surrounding Toronto, thus pushing prices in the city even higher.

By: Alexandra Posadzki The Canadian Press Published on  Fri Sep 23 2016

TORONTO — Two Ontario real estate associations have voiced opposition to following in Vancouver's footsteps and implementing a tax on foreign homebuyers, saying that such a "knee-jerk reaction" could have negative implications for the economy.

In letters penned to the provincial and municipal governments last month, the Toronto Real Estate Board and the Ontario Real Estate Association argue that instituting a tax on foreign homebuyers would do little to address affordability issues in Toronto's housing market.

Instead, it could cause house prices to soar in regions surrounding Toronto, thus pushing prices in Toronto even higher, the groups argue.

The organizations suggest there is a lack of research demonstrating how much foreign buyers are really driving up prices in Toronto.

The factors contributing to eroding affordability in Toronto's real estate market are "numerous and complex," one of the letters state.

"While foreign buyers may be contributing to the overall pool of buyers in the GTA and Ontario more broadly, the demand side of the price growth equation should not be considered in a vacuum," it reads.

"Instead, both demand and supply issues should be considered as contributors to the growing affordability challenge. Of particular importance is what could be done at the local and provincial levels to bring more supply into the marketplace."

The associations suggest a number of measures including reducing or completely eliminating provincial and municipal land transfer taxes, and boosting a tax rebate for first-time buyers to reflect today's home prices.

Ontario Premier Kathleen Wynne said Friday that she is waiting for more data to help gauge the differences between Toronto and Vancouver's housing markets, and to see what the impact of Vancouver's tax has been.

"The last thing we want to do is do something that would have an unintended consequence," Wynne said Friday.

Ontario, B.C. and the federal government are all part of a working group currently looking at ways to address affordability issues, she noted.

"There are many voices on both sides of this issue at this point," said Wynne, adding that she wants to ensure that any solution that Ontario pursues is tailored specifically to the province's real estate market.

In Metro Vancouver, home sales dropped 26 per cent following the Aug. 2 introduction of the 15-per-cent tax on foreign buyers.

The Real Estate Board of Greater Vancouver said there were 2,489 homes sold in Metro Vancouver in August, down from 3,362 a year ago.

Some critics have voiced concerns that the Vancouver tax could cause investment to shift to Toronto, further stoking the flames of the city's already red-hot housing market.