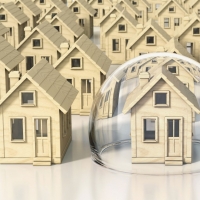 Markets are frothy. Emotions are high. Yet, all you really want is to know whether or not the single largest investment you made will avoid a price crash and continue to add substantial value to your net worth statement. To help, here are five answers to questions you may be asking about Canada’s real estate market and recent announcements that impact these markets.

One of the primary roles of the Office of the Superintendent of Financial Institutions (OSFI) is to act as Canada’s risk manager for the financial services and insurance industries. As any good risk manager will tell you, this role requires OSFI to scrutinize mortgage underwriting procedures that are currently in practice among Canada’s mortgage lenders. Part of this examination is to request stress-testing of banks and lenders; the aim is to make sure that our financial institutions can withstand a potentially catastrophic event, like a real estate market crash. This stress-testing shouldn’t be considered a forecast of things to come, but rather a prudent approach to sound economic policy. It’s the equivalent of a retiree testing out consistently poor investment returns to determine how long their savings would last before the money runs out.

The fact that OSFI asked Canada’s standardized banks—ie: all banks that are not a subsidiary of a foreign bank—to verify that they can withstand a 30% to 50% housing market correction, is prudent policy. As we now know, the 2008 global financial collapse was initially triggered by the complex relationship between U.S. policies regarding home ownership, insufficient mortgage regulation, the overvaluation of bundled subprime debt, questionable trading and compensation practices and a lack of capital holdings from banks and insurance companies to enable them to meet financial commitments. This last factor is why OSFI is asking for stress-testing: If you recall, 465 American banks failed after the 2008 financial collapse—a 4550% increase compared to the five years prior to 2008.

Just because OSFI wants to know if our banks can withstand a 50% decline in prices doesn’t mean the regulator is preparing for a crash in the housing market. It’s not their role to make these predictions. Their role is to ensure our financial sector can withstand such a catastrophic event. As the regulator writes: “it’s to better position [the banks] to withstand potential losses stemming from their residential mortgage underwriting and mortgage insurance operations.”

Put another way, OSFI’s role is the equivalent of a test adjudicator. It’s a teacher that’s present in the room, constantly monitoring the situation, checking and double-checking that everyone is following the rules and making situational changes, like no cellphones while writing a test, when and if necessary. The teacher isn’t there to predict who will finish the test first, what sort of marks the students will obtain, or if the weather outside will take a turn for the worse.

OSFI wants to know that residential and commercial mortgage lenders are well capitalized, should something happen. That’s like making sure I have enough money in the bank to cover the next mortgage payment and a bit extra, just in case. As a regulator, OSFI wants to verify that we, the taxpayers, won’t be put into a “too big to fail” situation where we have to bail out a financial institution to prevent the further collapse of our own economy.

According to the latest Canada and Mortgage Housing Corporation’s Housing Market Assessment Survey, 15 of the largest housing markets in the Canada are over priced.

Not exactly a shocking statement, is it?

This recent CMHC report states that there is overall evidence of “problematic conditions” and that these concerns had been upgraded from either weak or moderate to strong, particularly in markets like Vancouver, Calgary, Saskatoon, Regina and Toronto. But does this mean we should expect a 60% drop in home prices? No. CMHC’s chief economist, Bob Dugan, reiterated in this report that “real estate markets are inherently local” and that if there was a correction it would not occur uniformly across the country, or even within a city. He reminded us that the purpose of CMHC’s analysis is to remind industry stakeholders that market concerns need to be addressed.

Just before the summer, the federal government initiated a Canadian housing task force—a group comprised of all three levels of government with the responsibility of assessing the nation’s real estate market. In as early as four weeks this task force will report back with a list of suggested policies and actions that need to be taken to ensure both the stability and the affordability of our nation’s housing markets.

Quick to the mark, the B.C. government announced this week the implementation of a 15% foreign buyer’s tax on any home bought in metro Vancouver on or after August 2, 2016. That generated a great deal of discussion. Some were in favour and some were opposed. I certainly think there’s merit, given that the tax has worked in other countries and jurisdictions, but it’s not a panacea for the problems impacting hot real estate markets—markets that extend past Vancouver and the lower mainland. For more on possible solutions to Vancouver’s problem, please see my prior post.

But what if you need to sell or buy a home, now? Should you hold off and wait for the correction to buy? Should you scramble and sell your home now? To both the answer is the same: Stop market timing.

Buying and selling a home should be a decision based on prudent financial planning—a financial plan based on your goals, your priorities, your income and your timing. Not what the market may or may not do over the next 12 months.

If you are in the market to buy, consider these tips:

Don’t time the market So what’s a regular home buyer to do? If you’re ready to jump in and buy, and you can afford a house in your local market, then do it. Don’t wait for house prices to fall. Prepare for a drop in value It also means deciding whether or not you can stomach a drop in home values. Even if the housing market doesn’t crash and lose 60% value, most economists are predicting some sort of cooling in the nation’s housing market. Predictions range from 10% to 30%, with the top-end of the correction occurring in the country’s hottest markets, such as Vancouver.

Put down the biggest down payment you can afford Calculating whether or not you can afford a home and stomach a price drop is even more important if you’re putting down less than 20% as a down payment. If you only put 5% down on a $450,000 home and prices dropped by 20%, your home would be worth less than the amount you owed on the bank—and this could spell trouble when it came time to renew your mortgage. The key is make sure you put a large enough down payment into the home to ensure that you’ve got equity in the property, even if prices do drop. The reason? You need to own more than you owe in order to qualify for a mortgage.

Read more for tips on how to crush that mortgage debt.

5) As a real estate investor, should I be concerned?

The CRAs recent audits, ending March 31, 2016, recovered more than $22 million in unpaid income tax and another $42 million in unpaid GST/HST (and this was just for audits conducted on transactions in Ontario and B.C.). The CRA also imposed $10 million in penalties, with the single costliest penalty close to $2.5 million.

In a recent release, the CRA explained how it finds tax evaders in Canada’s real estate markets using a combination of advanced risk-assessment tools, analytics, data and leads.

As a real estate investor, pay attention to whether or not you’re in compliance to a few areas the CRA has actually identified as key priorities:

No. 1: Source of funds The taxman wants his share and when a buyer purchases a property with before-tax funds, that doesn’t go over too well in the Revenue Agency’s hallowed halls. For example, did you make a large down payment on a home? Then be prepared to provide a paper trail for where that money came from. The CRA’s real concern is whether or not you’re earning income you’re not reporting (and thus not paying tax on).

No. 2: Not paying GST/HST If you purchased a new-build, a building designated as a commercial unit, or a resale home with a substantial renovation, then you’ll need to pay GST/HST to the taxman. Typically, the CRA is after the builder who has not charged or remitted this tax, but don’t be surprised if the CRA starts to scrutinize buyers, as well, in an effort to track down property investors who are trying to develop and sell units but avoid collecting and paying taxes.

No. 3: House flippers Flipping a home for a profit isn’t illegal. But not paying the tax on those earnings is tax evasion. This is one area the CRA is really beginning to crack down on and identify. For instance, if you earn a substantial portion of your annual earnings from buying, renovating and selling homes and your primary profession is in real estate, the CRA deems your profit as business income, not a capital gain, and denies you the ability to shelter half the profit that you’ve earned using the capital gains tax. 8 reasons why Vancouver real estate prices are so crazy

No. 4: Not reporting a profit As an investor, if you sell a property that’s appreciated in value, you will have to pay capital gains tax on the profit you’ve made from that sale. Neglect to notify the CRA and you risk an audit, which could prompt them to levy a penalty for non-compliance or further scrutinize your real estate investments and this could lead to a determination that your profits are actually business or personal income, not investment income, which is taxed at your marginal tax rate, not at the favourable capital gains tax rate.

No. 5: Trying to hide behind non-resident status If the real estate investor is a non-resident and sells a Canadian investment property, that investor will be required to pay Canadian income tax on any profit. Many try to avoid paying this tax by simply not notifying the CRA that they’ve sold the real property investment.

To be avoid penalties for non-compliance, non-resident real estate investors need to report the sale of a property within 10 days of the sale date. Typically, that same investor will also need to pay the CRA an estimated amount of tax, to cover their tax liability from the sale of that property.