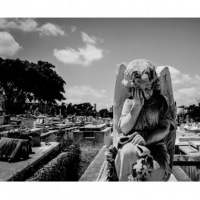 THE AFTERLIFE - ESTATE PLANNING TO HELP YOUR HEIRS

Estate planning means not leaving your money to the government. Here, ways to make sure the taxman gets less.

Face it: when you die, the wealth accumulated over a lifetime will be exposed to taxes. Instead of leaving it all to your family, you could be paying a lot to the Canada Revenue Agency (CRA). And that could deprive your beneficiaries of tens of thousands of dollars.

"Everything is up for grabs," says Jeanette Brox, a Toronto-based certified financial planner (CFP) and senior financial consultant with Investors Group. And "everything" means registered and non-registered accounts, recreational property and an interest in a business. "No one wants to make the CRA a beneficiary of their estate," Brox adds. "But fortunately there are ways to minimize or even obliterate the tax bite.”

Here, according to Brox and Peter Andreana, a CFP and business owner specialist with the Burlington, Ont.-based Continuum II Inc., are ways to make sure the taxman gets less.

insurancePurchase life insurance, whose proceeds are tax-free on death. "This is one approach if you have a sizeable estate," says Brox, recalling how a client bought life insurance because she did not want her daughters to face a large tax bill – her own parents had left her a tax bill in the hundreds of thousands.

Insurance is not cheap, however. Whole life, or so-called permanent, insurance with a death benefit of $150,000 might cost about $800 a month for a 75-year-old man in good health. One solution is to split the cost between the insured and grown children. "If children stand to benefit, then maybe they should pay part of the premium – or even all of it," says Brox. Of course, she adds, one's grown children have to agree to this approach.

For those living on low income, "There might be an opportunity to lower the total taxes by making early RRSP withdrawals," says Andreana, adding that on death the tax bite on an RRSP may be as high as 50 per cent. "Instead, we can take the RRSP money out today and pay 20 per cent or 30 per cent tax. So that's a 20- to 30-per cent saving."

Planned giving to a favourite charity is another tax reduction strategy. This would apply in a case where you had a non-registered investment account. Supposing your shares in RBC Royal Bank of Canada have doubled in value, you can donate the stock certificates to the charity without paying tax on the gain. Andreana also notes that the charitable tax credit could help to offset the taxes on other assets in your overall estate.

There is a solution, according to Brox, provided your principal residence has gained relatively less. First, on filing the final tax return, the cottage may be designated as principal residence so the gain will be tax-free. Second, your house in the city can be designated a secondary property. Assuming it gained only $150,000 in value, the gain would attract far less tax than the gain on the cottage.

Rather than simply focusing on reducing the tax bite, consider your ultimate goals. A key part is deciding what you are trying to accomplish. Say, for instance, you and your spouse are in your mid-60s and have RRSPs, a small pension and some non-registered money.

A certified financial planner might advise that you stop contributing to RRSPs, max out your TFSA and add a little to non-registered accounts because this will save you some significant tax. "Working with your accountant, the CFP can optimize your income today and in retirement," says Andreana.

And as for that cottage, you might determine that one of your children who loves cottage life gets that asset while the other, who is involved in your small business, assumes its ownership. Dealing fairly with your heirs – that's the target of all estate planning.