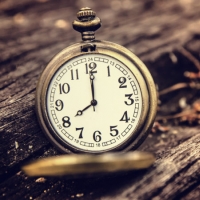 The Role Played by the Family Caregiver

The family caregiver plays a key role in supporting the very fabric of Canadian society. The most recent Census data tells us that 28% of all Canadians provide unpaid care to a family member or friend. If you are reading this article, chances are you are or know someone close to you who is a family carer.

Today there are more seniors over age 65 than children under age 14. Not only are we living longer, but adults over 100 years of age are also the fastest growing age group. Today’s life expectancy is 80 years for men and 84 years for women. Women are living longer and many find themselves widowed after looking after their partner.

By 2031, almost 1 in 4 Canadians will be 65 years of age and older. We are told that only a few years later, by 2038, 2.8% of the Canadian population will have dementia (Rising Tide: The Impact of Dementia on Canada 2010). In that same year “62% of Canadians (65+) with dementia will be living in their own homes and the total number of hours of informal care will more than triple, increasing from approximately 231 million hours in 2008, to 756 million hours.”

All of these numbers mean that more and more of us will be providing care to a family member, who is most commonly a parent.

Family carers often find that they don’t have enough time for themselves, their children and their parents. For those carers who are also employed (this is 35% of working Canadians), life is further complicated.

The Conference Board of Canada in August 2017 released their paper titled The Juggling Act. Balancing Work and Eldercare in Canada. They reviewed that the types of care provided by employed Canadians included emotional support (checking in); assistance with health and daily living (such as shopping, going to appointments) and case management (scheduling and organizing appointments). Transportation is the #1 activity provided by most family carers. Time spent away from work (absenteeism) or being at work but thinking about how your mother’s doctor’s appointment went and whether she would remember what he said (presenteeism) are serious considerations. The cost of caring, while rewarding, is expensive, both financially and emotionally.

The CIBC study from May 2017 titled Who Cares: The Economics of Caring for Aging Parents reported that employed carers “sacrifice roughly 450 working hours a year. Given the average wage in Canada, that translates into roughly $27 billion of lost income or foregone vacation time. And, that doesn’t even take into account the reduced potential for job mobility or promotion that could be associated with taking that amount of time off from work.” Direct care-related out-of-pocket expenses were approximately $3,300 annually.

Employers are starting to make a greater effort to support their caring employees, and accommodations can include: ► Working from home ► Flex time ► Job sharing ► (Paid) leave of absence ► Access to counselling support from their Employee Assistance Provider ► Access to counselling support through their Extended Health Care Benefits (the services of a registered social worker are frequently covered) ► Offering Lunch and Learn elder care presentations, and most importantly, ► Being aware of the needs of employees.

Caregiving gets further complicated when parents and adult children live long distances from each other. It is possible to share the care. I have included a few tips to help shorten the distance: ► Talk about it: Determine what role each family member will play to avoid one family member being overly burdened ► Consider an assessment to better understand the older person’s current and future care needs i.e. will it be for a lengthy period of time ( e.g. dementia) or on a short-term basis (e.g. recovery from a broken hip) ► Technology has come a long way, and options today in addition to use of the telephone include Skype, Webcam, and other internet contact ► Know what local resources are available where your parent lives ► Ensure Powers of Attorney are in place and you know where they are kept ► Consider use of an organizer such as the Wellness Binder to keep track of important contacts, medications, health status, numbers and names for neighbours, friends, doctors and the local pharmacy, and ► Strengthen your own support system – you are not alone.

Ensuring balance in one’s life is key, and juggling all of these responsibilities can be difficult. There are many resources available, and the first step is knowing you are not alone in this journey and that there is assistance available.